At SXSW interactive, the Global Innovation Forum hosted a discussion on “Are Global Markets Finally Worth the Hassle for Startups?,” with representatives from Box.org, Fenugreen and Intuit to evaluate the opportunities and challenges for startups of engaging in the global marketplace.

While in Austin, GIF also moderated a private brunch hosted by Intuit that brought together startups, corporations and government officials in the Startup Oasis space.

How policy can help tech-driven startups: A salon brunch @ SXSW

The Global Innovation Forum moderated an an invitation-only policy discussion and salon brunch over tacos hosted by Intuit on Sunday, March 15 at the StartUp Oasis @ Old School Bar & Grill. The discussion featured representatives from corporations and startups, along with officials from the U.S. Commerce Department, Startup Brasil and Startup Chile and centered on understanding and addressing the pain points and regulatory challenges that entrepreneurs face accessing the global marketplace. 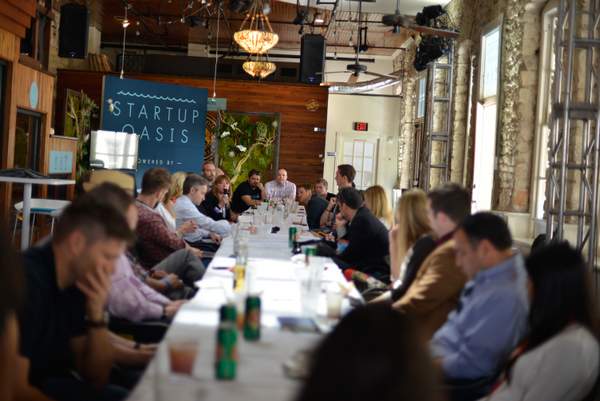 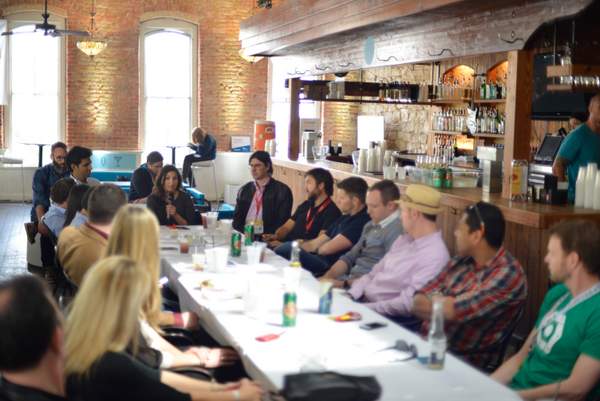 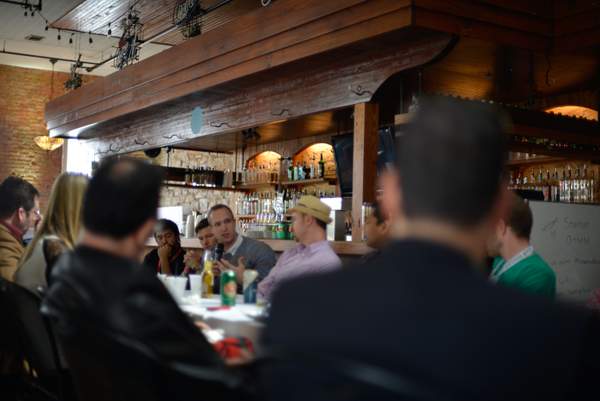 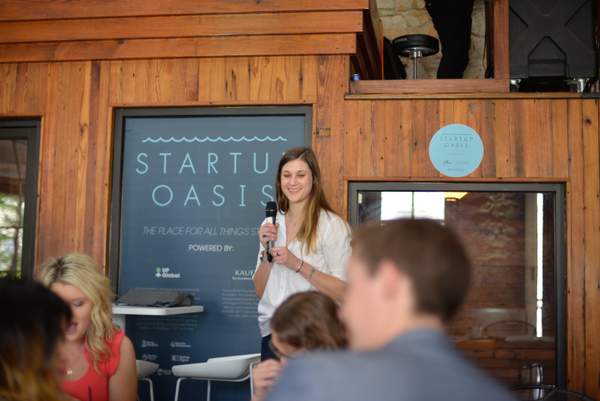 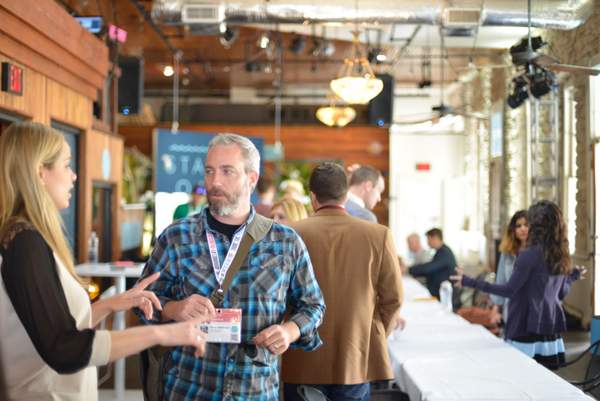 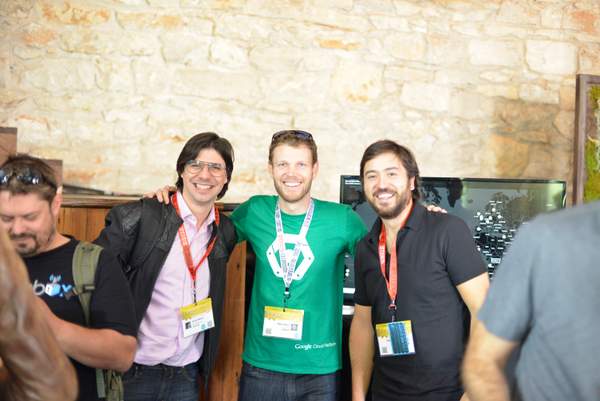 Are Global Markets Finally Worth the Hassle?

Takeaways from our official SXSW Panel

On March 14, the Global Innovation Forum hosted a panel discussion to identify how technology and public policy affect startups on often accidental global journeys. Panelists from Box.org, Fenugreen and Intuit evaluated the importance of engaging in the global marketplace for startups; explored challenges specific to the global marketplace; identified how technology can help remove barriers; and outlined why startups should care about policies made by governments in today’s borderless economy.

Not all global markets are the same

Ideally, the EU is meant to make entry into European markets easier, but it’s not always so easy. The problem that Sugru, a London-based company, faced was the conflict between labeling in a variety of European languages and environmental restrictions on the size of packaging. You really have to think through things like that as you enter foreign markets. — Lindsey Grossman, Intuit

When we’re talking about emerging markets, is when you have a patented, proprietary consumer product like we do, one of our biggest concerns is IP. Also, with something people are putting in with their food, how do you manage the food safety regulations that come with that? — Kavita Shukla, Fenugreen

We’ve been working on how to prioritize markets. The tradeoff that you need to think about is the level of complexity to enter a place versus the market opportunity. The math between those things is how to prioritize as a decision-making team. — Bryan Breckenridge, Box.org

Almost any question we have, someone else has tried to do it before.  Often, big companies have the bandwidth to deal with small inquiries.  If you reach out to them with your challenges, more often than not we’ve found them to be very helpful.  UPS has held our hand sometimes through the whole global shipping process.  When I was walking wheelbarrows of FreshPaper to the post office, it didn’t even occur to me that companies that large would be able and willing to help us, so just reach out, you never know. — Kavita Shukla, Fenugreen

If you are looking to enter a new country, you should look at the Commercial Officers that are in the embassies and consulates around the world.  They can introduce you to potential new partners, if you need a lawyer, they can help you find a good lawyer. — Lindsey Grossman, Intuit

Each international order in the beginning would take 20-25 minutes to do the paperwork, and we were losing significant amounts of money.  But when we started to use some of the tools that exist out there for entrepreneurs, like UPS Mail Innovations, we were able to make the process much more efficient.  I on my own could not have gotten our product into the hands of women in Haiti within eight months, but somebody else could help me.  — Kavita Shukla, Fenugreen

The 1.6 million 501(c)(3) nonprofits based in the U.S. have significant global reach.  And there are policy areas that nonprofits, with their status, can streamline that you wouldn’t be able to.  So finding strategic market partners on the nonprofit side of the aisle is an important thing to consider.  You have operations under Oxfam, the World Bank, that are using technologies like ours.  I’m looking for non-profit and for-profit partnerships to help us globalize, and especially ones that are as hungry to work with us as we are to work with them. — Bryan Breckenridge, Box.org

I work in London, which is the FinTech capital of the world.  It’s smaller; people have reputations they need to take care of, and they’re willing to help you.  London is a great door to the rest of Europe, and if you meet two people at an event, you instantly have five contacts in ten other countries.  One person can really unlock a new marketplace for you, and people are willing to help. — Lindsey Grossman, Intuit

Governments are providing new resources that can assist startups

Startups have traditionally avoided government like the plague. A lot of startups see government as a good place where ideas go to die very quickly. But thankfully, it’s not all bad; there’s a huge opportunity, and there are governments doing amazing things. Historically, the U.S. government has really just served big companies. But Sec. of Commerce Pritzker and her team are doing a lot to think “how can we modify our services to be ready and digested by startups?” The Secretary of Commerce has launched a new initiative called Startup Global, and the local Commerce officials will be working with incubators in big cities to help startups think global from day one.  — Lindsey Grossman, Intuit

There is much more of a tailwind than a headwind in globalizing what we’re doing. I think that the network effect of the Internet is bringing with it regulatory awareness. You’re seeing some progressive moves; for the White House to have a Chief Data Scientist now for the first time is very encouraging. — Bryan Breckenridge, Box.org

Government is starting to wake up, but we have to be loud, we have to shout, we have to use platforms to explain what ridiculous laws mean to our day-to-day when we’re trying to get a package out the door. — Lindsey Grossman, Intuit

It is important to have boots on the ground in foreign markets, but there are ways to explore market opportunities in advance

If you feel like you have a product fit in one part of the world, it may not be the same fit elsewhere.  The idea of trying to force-fit a product into another market is not the best answer.  Focus groups in new markets are vital.  The product pieces that need localization, and the market complexity, such as channels of distribution, are important to think about. — Bryan Breckenridge, Box.org

You don’t have to go with an all-or-nothing approach to emerging markets, you can test demand before you go and invest in local compliance.  I would encourage you to experiment with emerging markets, talk to people locally, hire local contractors even if you don’t know if you’re going to invest, because it’s worth it to get local expertise. — Lindsey Grossman, Intuit

Your supply chain or data residency are likely to see all kinds of hurdles, and it’s important to ferret those out as soon as you can. — Bryan Breckenridge, Box.org

We’re coming to a world where we have a large group of connected countries that remain engaged globally, but where  others are taking themselves out of the game.  Countries like Russia, through data localization, and Argentina are taking themselves out of the global marketplace.  Other countries like Chile, however, are trying to integrate themselves globally through trade agreements and national policies. — Jake Colvin, Global Innovation Forum

When I think of one of the big policy issues that makes me worried about startup growth, I come back to the data issue.  Without data, and the ability to make use of it, and to share it across borders with a global mindset to data analytics, most startups will fail.  If you can’t access data to make a business decision knowing where your customers are coming from, it’s going to be a big problem.  Countries are creating trade barriers in the name of privacy, using real things like consumer safety as a rationale, but  building walls around their countries. — Lindsey Grossman, Intuit

Going global can be professionally and personally rewarding

Having customers internationally was, for me personally, a really big deal.  I had tried to get this product out there in so many different ways, and now the idea that we could get it to places like Haiti, Malawi, and India through our local post office was incredible.  Going global took our social enterprise to places that we could have never accessed on our own.  All of a sudden, people all over the world who were excited about this product could share it with others. — Kavita Shukla, Fenugreen

You have to be global from day one.  Period.  If you are not, other people will be, and your competition will be in your backyard before you know it.  The big challenge is determining when you go global, but it’s an awesome opportunity.  It gives us an opportunity to grow as human beings.  My life is infinitely better because I’ve worked in different countries, met friends and family around the world. — Lindsey Grossman, Intuit

I felt like I didn’t have enough to take this idea out there, but the power of seeing what happens when something that you’ve created gets into the hands of people around the world that you’ve never met, the bureaucracy and regulatory issues don’t feel like as big of a deal. — Kavita Shukla, Fenugreen