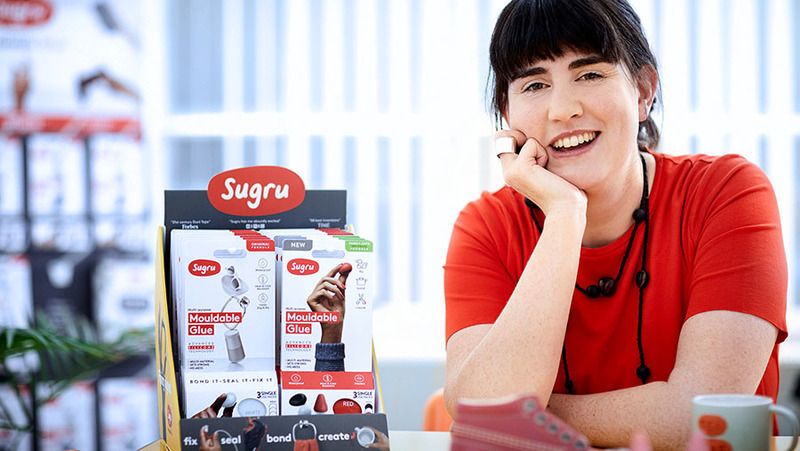 Suguru is the world’s first modulable glue that can stick to anything but set as a hard, durable rubber. While at school, the founder – Jane Ni Dhulchaointigh – realized that rather than designing new things, she wants to fix and improve existing stuff and make it work better. The idea then turns into Suguru’s mission to help the world get fixing and customizing again.

Katie Cannon, the Retail & Export manager of Suguru, spoke at the Transatlantic Startup forum, co-hosted by GIF, in 2014.

“We launched the product to marketplace 4 years ago (2012) via e-Commerce. And it is a global story from the very start because the products were produced for that launch, we thought it would last 6 months, but it actually lasted for 6 hours and it went to 17 countries. So we were global from the word go,” Cannon said, adding that “it is an amazing power of e-Commerce, the word of mouth, and the social media.” Today, Suguru is on all major social media platforms including YouTube, Instagram, Pinterest, Facebook, and Twitter, and uses these channels for sales, marketing, education, and communication.

The business has been keeping growing since the initial product launch, and the team chose the U.S as the first foreign market to enter. “This [decision] comes from the very early data analytics based on our e-Commerce growth which was that was the strongest pull of a market so the U.S. and UK have sort of now come to force as key retail territories for us,” Cannon shared. While continuously growing the US and UK markets, Suguru doesn’t want to leave markets in other regions behind. So Cannon and her team used data analytics to help make decisions on global expansion. “It is all about planning effectively and carefully, finding the local partners whether they be distribution in the territory or they be an extension to my team as a sales team with a person sitting in that country,” Cannon added.

And the government has been supportive along Suguru along the global journey. “There is still a lot of support lies out there and whether that is supporting your presence at a trade show in a new territory that you are going to or taking grants around that presence so that your flights and accommodation can be supported. For a small team that is traveling, it is very important,” Cannon shared.