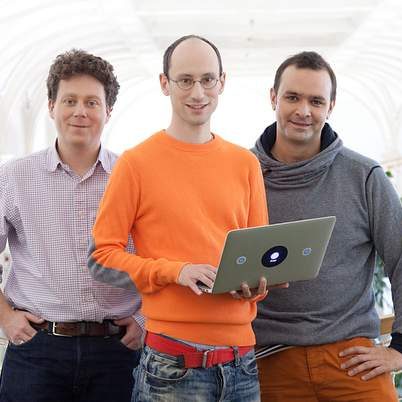 Technology is making design-conscious tools more accessible, and Prezi – with offices in Budapest and San Francisco – has stepped in to provide an advanced, engaging, and impactful presentation creation and management program.

Their inventive design has resulted in three major rounds of funding, including investments by Sunstone Capital, Accel Partners, and Spectrum Equity.

“We provide a solution to the boring presentation,” says co-founder Adam Somlai-Fischer.

“Prezi works the same way that the human brain works,” he adds, “using visual landmarks to enable greater comprehension and deeper connections. It allows presentations to be more visually compelling, and also much more impactful.”

Prezi has grown quickly as a platform, enabling 55 million users to create 180 million presentations so far.

The company has been global from the beginning. “Going global was a conscious decision for us,” says Somlai-Fischer. “People rely on presentations in the United States more than in Europe, and it’s a big, fairly unified market. Targeting the U.S. market gave us an opportunity to grow faster.”

While its largest markets are the United States, Canada, Australia, and the UK, its increasing language support is expanding the markets to which it has access.

“We are currently available in nine languages,” says communications director Csaba Faix. “We see a tremendous potential for success in Latin America – particularly Brazil, because Prezi is available in Portuguese, and Mexico.”

Prezi relies entirely on the global Internet to succeed.

“We offer a cloud-based service, so it’s obvious that we need the Internet to provide it,” says co-founder Peter Halacsy. “You sign up for Prezi on the Internet, you pay for it on the Internet, and you use it via the Internet. It’s essential – we rely on the global Internet 110 percent to do business.”

“Going global will help, because it gives you another perspective, another market. It adds diversity. You don’t need to give up your country of origin, but you can go to the United States or any other country around the world.”