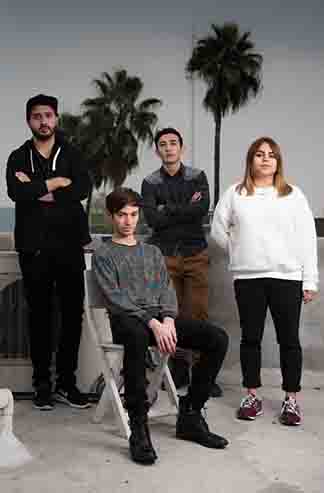 While e-commerce platforms abound, artisans often struggle to manage the technical aspects of their page or the logistics of shipping and accepting payments. What if setting up an e-commerce shop could be as simple as uploading a photo?

Marcela Benavides and Ramón Ornelas founded Polsie with that question in mind. Polsie is an e-commerce platform that allows users to easily create their own custom store, with a dedicated URL, simply by uploading photos of their products to Instagram with #polsie.

Benavides explained, “Our users need to focus on what they do best. A lot of them are designers, or artists or crafters. You focus on what you do best and we do the rest for you.”

The two started Polsie as a side project at first, to test the market, until they were accepted into the SXSW Accelerator program in late 2014. “That was the sign. After we got into South-By, we committed fully to Polsie,” Benavides said. It turned out to be a good decision: within a year of launching, they already had 1,000 stores on the site. While most of the store owners are based in Mexico at present, Polsie is gaining traction in the United States and the United Kingdom.

One key differentiator for Polsie has been that they incorporate shipping into their model, so they can be a one-stop shop for users. So far, the company is only offering shipping within each country, but they are looking forward to making international shipping available soon and helping the businesses on their platform tap into the global marketplace.

Benavides said they intentionally built their site in English to make it appeal globally as if it “lives on the Internet” rather than being based in any particular country. She also points to tools like PayPal and Stripe, which have smoothed international transactions and make accepting different forms of currency easier.

She added that, as they grow, she anticipates that they will need to tailor the site’s functionality to meet local needs. For example, expansion into certain parts of Latin America, where Facebook is used more predominantly than Instagram, may mean that they will need to adapt the software so that users there can upload photos from Facebook, instead.

On the role of government policy, she observed that, “Having the TPP is great for an e-commerce business like ours; it can make selling international much easier and help us bring access to the world to our stores.”

Benavides added that while focusing on the local market may be easier from a marketing perspective, it would ultimately limit any new business. “We have tried to make Polsie a global solution. Mexico is a growing market in terms of e-commerce but, eventually, most of our users won’t be in Mexico.”