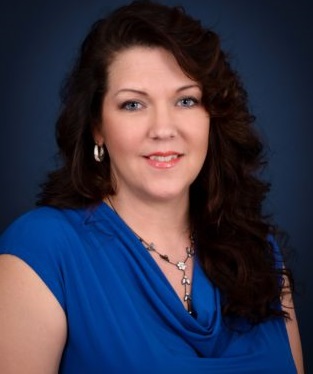 For patients suffering from gastrointestinal disease and requiring an ostomy—a surgically-created opening in the body for the discharge of body wastes—returning to life as it was before can be incredibly difficult. Add to that unpleasantness from the ostomy pouch which collects waste, and some patients become reclusive. After hearing about a friend’s difficulties, Michelyn Caldwell, founder of NB Products, and her mother set out to invent a solution.

That solution was Na’Scent, a concentrated, stabilized-oxygen-based liquid that eliminates ostomy odors. Caldwell founded the parent company in 1998 and named it NB Products for “new beginnings” because, she said, “it’s a new beginning for people who can have the confidence to do all of the things they would normally dread on a daily basis.”

The company is run mostly by Caldwell herself, with some assistance from her children, and she manufactures everything on-site. She says she refuses to outsource to ensure that her product remains of the highest quality.

The product gained popularity across the United States after a mention in a magazine for ostomates. After several inquiries from customers outside the United States, Caldwell decided to expand into new markets.

In 2012, she began shipping to a number of countries through distributors, as well as via direct sales from her website.

These international sales were a huge boost to her business. Her revenue rose 600 percent in a year, allowing her to expand her sales and marketing in the United States. Today, international sales make up roughly 35 percent of her business. She credits the U.S. Department of Commerce and programs offered by the International Trade Administration, like Startup Global, for the advice and technical assistance to go global.

Even though she knows demand exists in a number of international markets, she said difficulty getting customs clearances and health certifications have caused her to delay entry into some countries like South Africa, Russia and several destinations in Asia. “I’m going to wait until I have someone on board who can handle those markets and knows what they’re doing or until I have a distributor there,” she said.

Caldwell has been negotiating with an international ostomy product manufacturer to distribute her product but said that the fact that she sells a “class 1” medical device, which is lightly controlled under U.S. regulation, has caused some confusion around the proper classification of Na’Scent under foreign regulations.

Despite these and other challenges, Caldwell said she is determined to keep growing her business.  “At one point in time, I was ready to say, ‘I’m done. I can’t do this anymore.’ But I continued because, for people that have ostomy bags, it’s a hard thing to deal with. And I thought, ‘I can’t give up on these people.’”