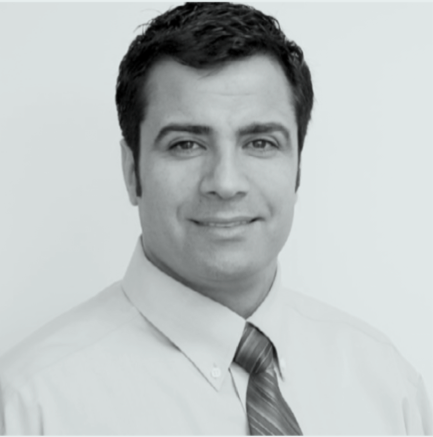 Mehdi Yazdanpanah, the Iranian-born founder of Kentucky-based NaugaNeedles, planted the seeds for his business as a Ph.D. student in electrical engineering at the University of Louisville.

Working at the University’s ElectroOptics Research Institute and Nanotechnology Center, he developed technology to produce specialized Needle-Probes that serve as ultra-sensitive nanosensors, which allow researchers to scan and image surfaces at a very high resolution.

In 2007, after finishing his degree, he saw an opportunity to commercialize his university-born invention into a business.

Based in Louisville, Kentucky, NaugaNeedles is located just down the street from where his idea was hatched. The company has 4 full-time employees along with 5 contractors supporting their operations in Louisville to produce his line of American-made equipment.

One of the aspects that intrigued him most about turning his invention into a business was the potential to create jobs. “I didn’t get a Ph.D. to get a job, but to create jobs for myself and others,” Yazdanpanah said.

As an immigrant, living in the United States with a visa, Yazdanpanah wasn’t convinced at first that he was in the right position to start a business. After learning about the programs available, Yazdanpanah changed his tune.

“The United States is the best place for a startup to start and there are a lot of great programs that you can benefit from,” explained Yazdanpanah, adding, “If you have a great idea, you can make it happen.”

Foreign sales make up a large portion of the company’s overall business. “More than 50 percent of our revenue comes from exports,” observed Yazdanpanah. He counts customers in over 25 countries and highlights European markets as among the most significant for his business.

Most of NaugaNeedles international sales are managed by distributors, with support from the Louisville team to ensure the custom orders meet the customer’s needs.

Yazdanpanah explained that the company’s exports allow him to sustain more employees in Louisville.

Even though the company works through distributors rather than offering products direct-to-consumers online, Yazdanpanah notes that, “all of our business is done online,” including sales and marketing.

NaugaNeedles utilizes online platforms to market its products to the world. “We do a lot of email marketing, website marketing; we send press releases via LinkedIn and market via Google advertisements and AdWords,” noted Yazdanpanah.  Search engine optimization is also an important tool for the company, which tries to ensure that when someone searches for words such as “microfabrication” online, NaugaNeedles is among the first results to appear.

While the company doesn’t rely on consumer-facing review platforms such as Trustpilot or Yelp, the scientific community

equivalent – research publications – are an important guarantor of trust for potential customers. Yazdanpanah noted that NaugaNeedles will often include links to the publications on their website for prospective customers to access.

Yazdanpanah said some new markets have been difficult to break into, but persistence can pay off. “It has been difficult to enter the Japanese market, but now after about 5 years of talking we have started selling there rapidly, which we are really excited about,” he said. He noted that lessons he learned from engaging in the Japanese market made it easier to enter other countries.

NaugaNeedles has benefited from Small Business Innovative Research grant funding, which helps small businesses in high technology to develop and commercialize products. Other funding from the Small Business Administration, the National Institutes of Health, and the National Science Foundation also helped to make Yazdanpanah’s journey possible. “Without those programs, I would now be working for someone else,” Yazdanpanah chuckled.

Yazdanpanah suggested that trade agreements could benefit companies like his. “Let us do our job and don’t put any tariffs” on the kinds of products he sells to the world.

The NaugaNeedles founder also encourages entrepreneurs to think about the prestige that “Made in the USA” products and services have in global markets. “It means quality and integrity,” said Yazdanpanah.