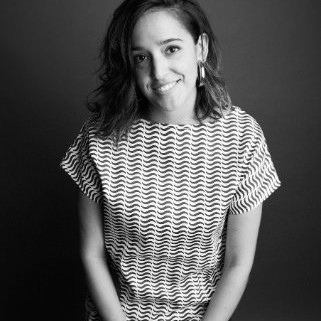 Chile-based Munani was founded in 2014 with the goal of creating innovative seaweed products with a positive social and environmental impact. Founder Javiera Gutiérrez described that, “we make food products with endemic seaweed of Chile, working with alliances of fishermen and of fair trade and sustainable fishing.”

The traditional business model for harvesting seaweed involved a number of intermediaries. “In the end, the final product that would get to the consumer would be the original price [of the seaweed] multiplied by 29,” explained Javiera.

Munani revolutionized this process by eliminating the intermediaries and working with the communities of fishermen to extract the seaweed and help with processing. Munani’s business model eliminated intermediaries and increased the value of the product to the fisherman and, in turn, their earnings.

Headquartered in Santiago, the core team at Munani is made up of five individuals. The team also works with several seaweed collectives throughout Chile, including alliances in La Región del Maule and Los Rios.

“Even though we have a lot of seaweed in Chile and Latin America, people do not eat it much,” noted Javiera, “and for that reason we want to get [Munani] to international markets.” The Munani team had planned to expand globally last year, with a full export plan ready to go, but decided to pause and focus more time on R&D and developing products to be more impactful in international markets.

Javiera has her sights set on the United States and Asia as priority regions to expand their global presence, but cautioned that the cultural differences will take some time to navigate. Her goal is to get Munani’s chips into a chain of mini-markets, potentially starting on the West Coast of the United States.

Javiera and her team rely on social media to dispel a common misconception about seaweed in Chile and to educate adults and kids about the value of their products and business.

“We are trying to communicate the value of seaweed and the business model we have through social media,” said Javiera. Instagram is one of the most important platforms in building their brand and communicating with their audience about their edible seaweed products, including their origin, nutritional value, the positive social and environmental impact of their company and, most importantly, the fact that their products taste good.

Analytics is another aspect of social media that the Munani team is using to better understand its customers, but Javiera says mortar stores including Cencosud, but “selling through social media and internet platforms is still not as strong as we would like it to be,” said Javiera. She notes it is an area where they see lots of potential. The biggest challenge is acquiring the knowledge to use the tools and finding the resources within a small team that can devote time to learning and managing the platforms.

As a woman entrepreneur and business owner, Javiera notes one of the challenges is the fact that the business world in Chile has been mostly dominated by men. She observed that women are increasingly taking the reins of entrepreneurship in Chile and that is inspiring for her.

Javiera gives high marks for the changes that the Chilean Government has made to its programs focused on entrepreneurship over the past year. “They are trying to create a strategy which allows companies that have been supported by the government to finally take off and be able to grow on their own,” she explained.