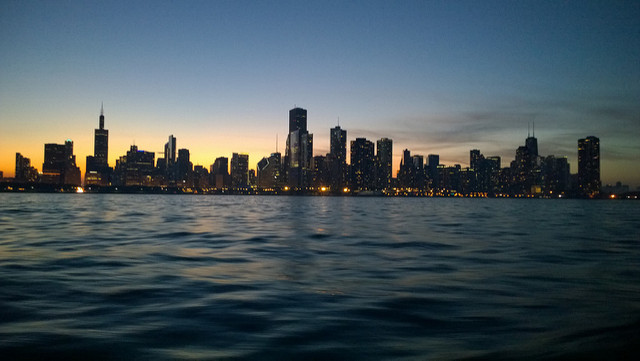 Washington DC – The National Foreign Trade Council (NFTC) Foundation hosted a high-level workshop in Chicago on March 16 with the Chicago Council on Global Affairs on “Succeeding in the Global Economy.” The dialogue, which featured over 100 Midwest business and community leaders, explored the role of global markets in the success of American companies and workers and how the United States can better compete for the global demand, investment and talent to ensure that America remains the world’s innovation leader in the 21st century.

In a breakfast keynote address, Francisco J. Sánchez, Under Secretary of Commerce for International Trade at the U.S. Department of Commerce, emphasized the role of exports in helping small businesses in America create jobs and access demand in fast-growing international markets.

“Over the past several years, businesses that exported – even to just one or two markets – on the whole grew faster than those that focused solely on the domestic market,” Under Secretary Sánchez noted. “Ninety-five percent of the world’s consumers live outside of the United States, and companies need to develop a strategy to take advantage of that opportunity.”

Sánchez highlighted several ways that the Commerce Department can help companies research overseas markets and connect with new partners though U.S. government initiatives such as the Gold Key Matching Service. He also presented Bill Martin, a founder of Illinois-based ShopperTrak, the world’s largest provider of retail and mall foot-traffic counting services, with an export achievement award.

Representatives from companies including Illinois Tool Works, Procter & Gamble and ShopperTrak, and experts from the Brookings Institution, U.S. International Trade Commission and Kellogg School of Management at Northwestern University then led a conversation about the role of global trade, investment flows and innovation in the American economy.

Participants highlighted the challenge and opportunity of increasingly sophisticated global supply chains. Several companies noted that growth in overseas markets is directly responsible for maintaining and expanding jobs in the United States to support the business. Even for those companies that do not export directly or have an overseas presence, many are participating in global value chains by providing inputs to products that larger companies such as GE and P&G export.

The dialogue also pinpointed several areas where changes to U.S. public policy could help American companies and workers in the global economy. Participants emphasized the importance of gaining more favorable access to key markets overseas, improving respect for and protection of intellectual property rights in those markets, making sure the application of U.S. trade laws take into account the needs of American innovative industries, and creating a better overall climate for doing business through improved infrastructure, education, regulatory and tax systems. Business leaders also noted the importance of creating a more welcoming climate and removing barriers for visitors and immigrants to enter the United States.

Participants also coalesced around the idea of having government play some role in opening doors overseas and acting as a convener for businesses, entrepreneurs and educators to exchange information and improve innovation.

The workshop was part of a national series of discussions hosted by the NFTC Foundation at innovation and manufacturing centers around the nation thanks to a grant from the General Electric Foundation.