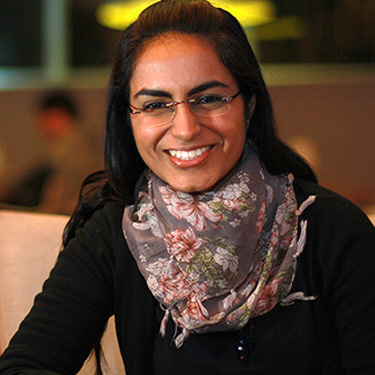 Three-year-old Lab4U, a Chilean EdTech start-up, was born to address a simple, but serious, issue: over 80 percent of high schools in Latin America have no science lab.

Lab4U co-founder, Komal Dadlani, set out to solve this problem after finding herself unable to access high-quality scientific instruments in her university as a recently-minted biochemist.

Dadlani met Alvaro Peralta, a software engineer, at a StartUp Chile boot camp, and the two of them set out to create a mobile lab with something nearly every high-schooler has in his or her pocket: a smartphone.

Most smartphones, they found, have key components of expensive laboratory instruments, like sensors that measure geographical orientation and acceleration and a camera. With the right software applications, these built-in features can be harnessed to do lab experiments at a very low cost.

When the company assessed the market for a mobile lab product, they discovered that classrooms were not only missing instruments, they also lacked a dynamic approach to teaching science, often because the teachers themselves lacked training. From then on, Chief Operations Officer Victoria Corti explained, “Our whole idea became, ‘let’s make science an adventure again.’”

The company has created over 20 guided experiments for both physics and chemistry and plans to add biology experiments soon. Their approach aims to create lasting knowledge, rather than encouraging rote memorization, by putting discovery back into science. So far, their approach is working. Corti said that, in trials, after students used Lab4U apps, grades increased by an average of 40 percent.

Their Lab4Physics app integrates the power of four sensors in more than 25 rigorous lab experiences that allow students to learn through inquiry-based experimentation.

Lab4U found success in its native Chile, but demand from abroad encouraged them to scale internationally. The company has expanded into the United States with an office and a pilot program in California schools and is working on expanding into Argentina, Colombia, Mexico and Uruguay.

Corti added that financial support from the Chilean government was critical to Lab4U’s growth. Tech companies, she said, need time to develop a Minimum Viable Product and hire coders. In Lab4U’s case, support from the government made that possible. The company also formed partnerships with Microsoft and the global Teach for All network, whose teachers tested Lab4U apps in their classrooms, accelerating their global expansion.

Corti notes that every country has its own challenges. In the United States, Lab4U found that it had to create new apps for Apple’s iOS platform which is more dominant than the Android platform. On the policy side, the company has had to change some of the colors it uses in its apps to meet colorblindness requirements in the American Disabilities Act and align with different curricula.

She thinks trade agreements can help elevate Chile’s reputation as a great place to do business and that the TPP “may make it easier to export products or services. That is always good and contributes notably,” she said, but isn’t yet sure how relevant it will be for her industry.

As Lab4U expands in the United States, Latin America and potentially the Middle East, Corti said she foresees more challenges arising.  She reinforced that, while openness to adjusting the product and business plan were a necessity, changing the core vision was non-negotiable.

“Don’t change your vision. It’s the only strong thing that needs to stay with you jumping from country to country.”