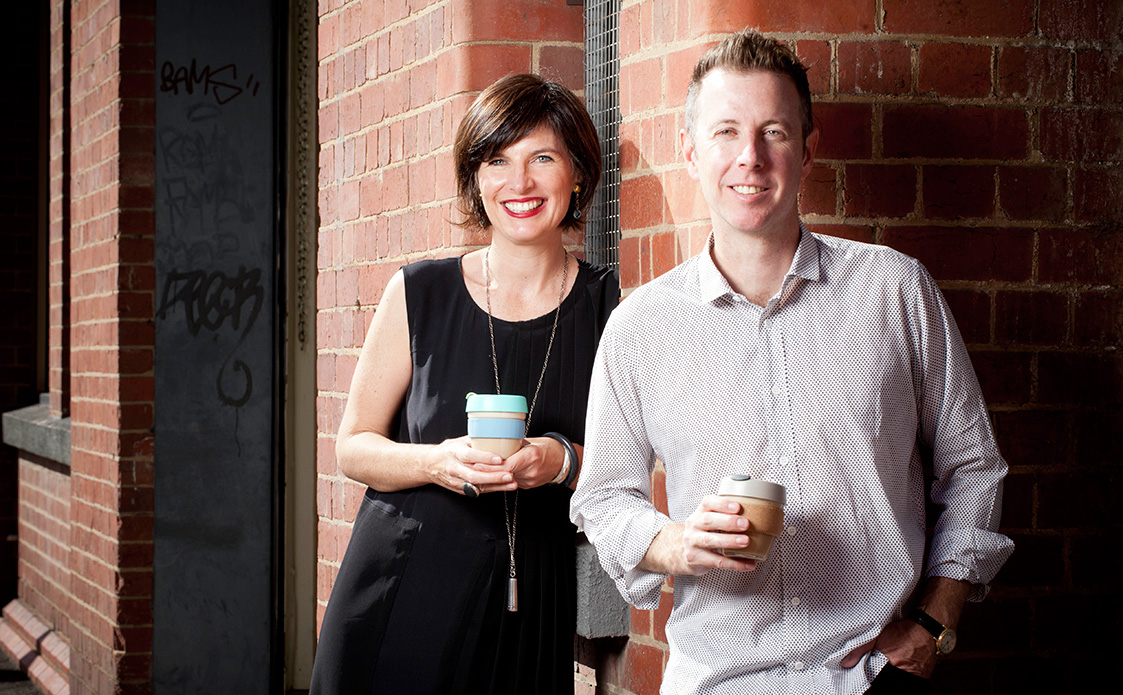 For more than a decade, as the co-owner of several coffee shops in Melbourne, Abigail Forsyth had witnessed the rise of the takeaway coffee cup. As their popularity grew, she became frustrated at their underwhelming design—they did not fit under the group heads of the espresso machines—and impact on the earth. Forsyth sought to kick-start the demise of the disposable with her startup KeepCup.

KeepCup produces reusable takeaway coffee cups in several different sizes (including one that fits under a typical espresso machine group head) and numerous color combinations. The cups are made from BPA-free polypropylene or glass and can be microwaved and put in the dishwasher.

Though Forsyth says she was not initially certain if she would have a small local business or an international one, she got her first hint early on: “We launched the product at a design market in Melbourne’s Federation Square and we sold 1,000 cups in six hours. One of the people who bought one runs a blog called Apartment Therapy in Los Angeles. She wrote about KeepCup in her blog and that weekend seven people ordered cups from the United States.”

Forsyth quickly adopted a global mindset, instilling in the company’s mission statement the goal of “creating a global brand” and contributing to “a positive global campaign that strives to make a difference to how we think about convenience culture.”

Since launching in 2009, the cups have been a hit all over the world. Today the company has sales in 65 countries as well as several international offices and manufacturing facilities. The company made a few smart moves early on, according to Forsyth, including hiring professional designers and marketers to ensure the product could appeal to a broad consumer base and had high-quality branding.

Even though the company produces a universally-used product—a cup—Forsyth said different attitudes across countries towards health and sustainability have led the company to tailor its approach to local preferences. In the United States, for example, some consumers dislike plastic, so the company has debuted a line of tempered glass cups.

KeepCup’s popularity and wide reach have led to numerous imitators, some of whom have even tried to use the company name. “We’ve had to go after some big brands here in Australia who used our trademark or brought in a knock-off product,” Forsyth said. She added, “Alibaba has been like whack-a-mole for us.” Other regulatory challenges for the company have included plastic import restrictions in some countries and currency exchange fees.

Forsyth said that while these issues have posed challenges for her business, she ultimately believes that consumers factor corporate ethics into their purchasing decisions, which favors values-driven companies like hers: “We want to connect our product with purpose and if you’re just trying to buy a cheap cup, you’re probably not the right customer for us anyway.”