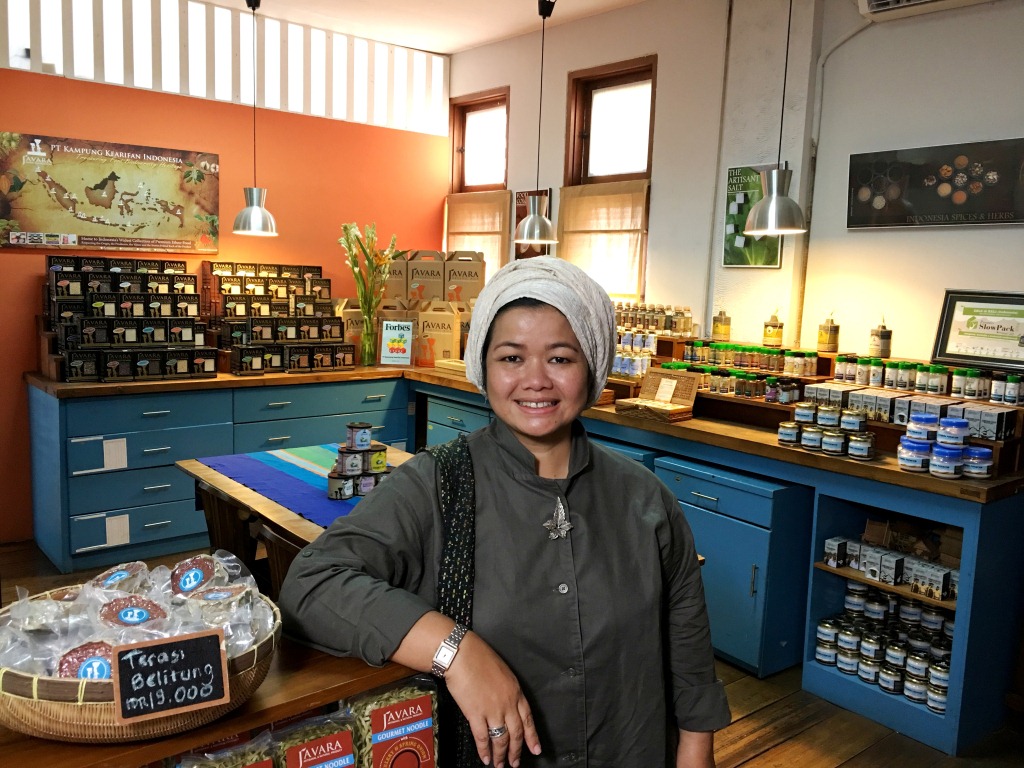 A lawyer by training, Helianti Hilman was inspired by her work in rural agricultural development to help Indonesia’s farmers and artisans to sell indigenous organic products to broader audiences.

Founded in 2008, Javara is a social enterprise that works to promote Indonesia’s biodiversity and traditional techniques and recipes, selling products including Bali artisan salt, ancient grains, mung beans and vanilla blossom raw honey in Indonesia and to global markets.

Hilman said she soon realized it was difficult to market organic food only within Indonesia, so she turned to export, which served as an early catalyst for growth.  “There were times in 2013 and 2014 where our overseas portfolio dominated our sales. We were doing 90 percent overseas business compared to 10 percent domestic.” Today she estimates her business is about 55 percent export and 45 percent within Indonesia. Javara has been most successful in Europe, where she has found “patience among buyers to be more attentive to emerging suppliers and creating impact at the origin” and a willingness among those buyers to purchase small volumes of products.

Javara leverages national e-commerce platforms in Indonesia to serve the domestic market, but thus far has relied on engaging distributors to sell their products internationally.  Hilman’s goal is to increase Javara’s presence in the European market, and she is working with European companies to help with improving logistics, lowering the cost of shipping and giving her greater visibility into the fully-landed cost of goods.

The company started with only 10 farmers and 8 products in its network and has grown to 52,000 farmers and 800 products. It employs 85 people directly, but Hilman is most proud that her social enterprise “is a company that creates companies at the rural level.” Local farmers, collectives, and artisans produce the products.  Javara focuses on R&D, product development, certifications, quality control, marketing, branding and distribution to global markets.

She counsels that companies “shouldn’t be intimidated by the extent of legwork you have to do. No pain, no gain.” She adds, “this is not an easy ride,” but once you familiarize yourself with the procedures for foreign markets, the next steps will be easier.

An open letter to WTO Trade Ministers: As organizations representing workers, small businesses, entrepreneurs, communities, and civil society from around the world, we urge World Trade Organization (“WTO”) members to renew the Moratorium on Customs Duties on Electric...

END_OF_DOCUMENT_TOKEN_TO_BE_REPLACED

The NFTC’s Global Innovation Forum commends the U.S.-EU Trade and Technology Council’s (TTC) recent progress on “promoting SME access to and use of digital tools.”  We must work together to empower small businesses by improving access to the tools SMEs need to grow...