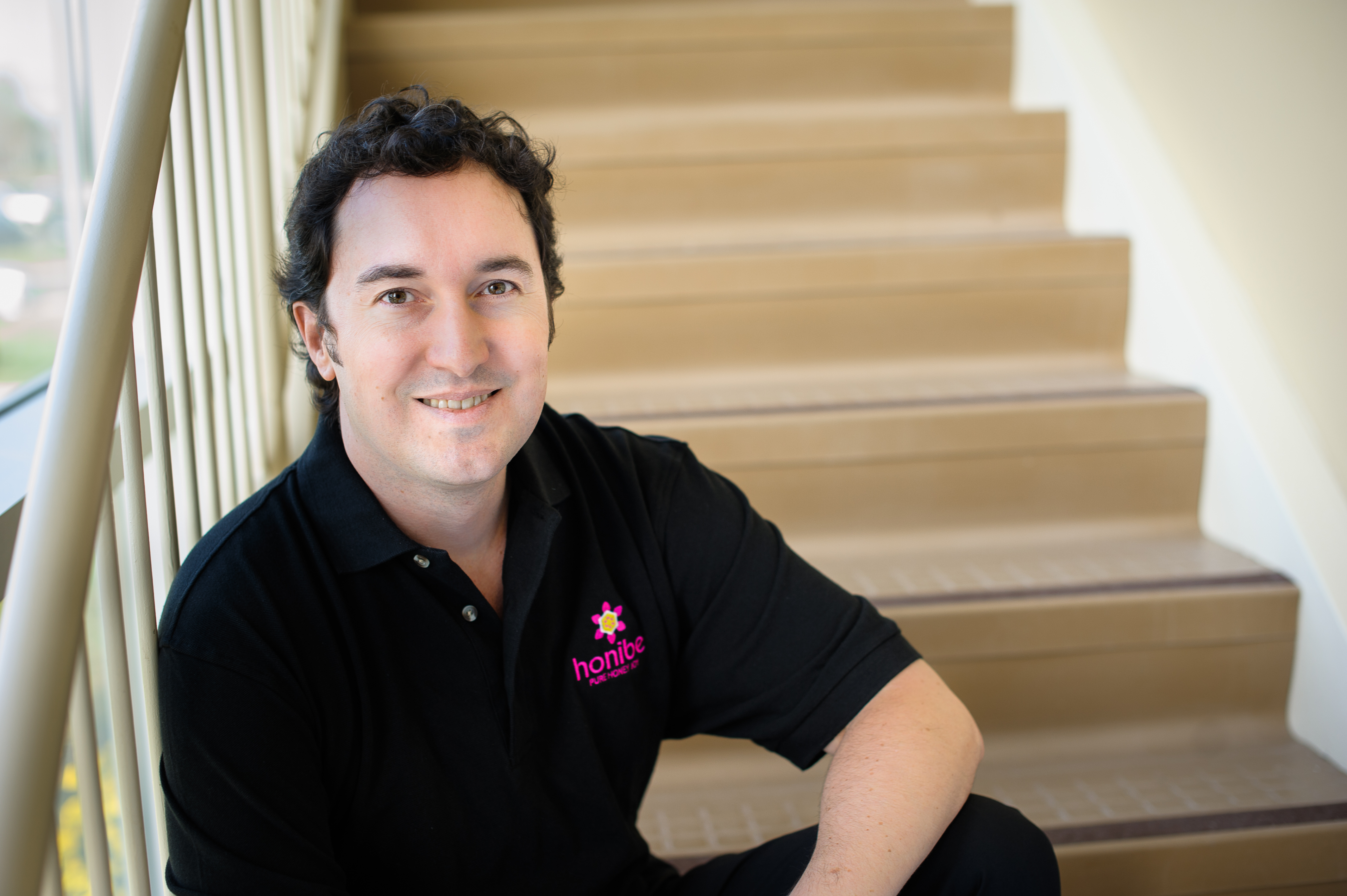 Like a scene out of Winnie the Pooh, the story of the founding of Honibe begins with John Rowe finding himself in a very sticky situation.

“After a very long, eight-hour hike, we got into the campsite and I opened up my backpack and discovered that the glass jar of honey I had in the top of my pack had shattered all over, onto my clothes and everything else. So I thought, ‘there’s got to be a better way to carry honey around.’”

He quickly discovered there was a reason someone else hadn’t solved this yet. Nobody could figure out how to convert liquid honey into a solid state. This did not deter Rowe, who came from a long line of farmers and entrepreneurs.

The first clue of the potential for global success came within just a few months of launching. “We started getting phone calls from people in the honey business all around the world wondering how we had done it and if we would work with them.”

Honibe’s honey solidifying technology platform is patented, and the company has 30 to 40 collaborative projects underway with global partners at any given time.

And Honibe products can now be found in roughly 40 countries across North America, Europe, Asia, Australia, and the Middle East, many via distribution partnerships or co-branding. International markets now make up roughly 80 percent of Honibe’s sales revenue.

This would seem like good news on the surface, but extremely high tariffs—between 10 and 90 percent—have made exporting there difficult and expensive.

“TPP could help in two ways,” said Rowe, “by lowering the barriers to entry with respect to duties and landing costs, and—very important for us whether it’s in food or health—the alignment of regulation of these products. It’s really important for our company that we get into these trade agreements.”

“It’s a big challenge when you’re going into new country markets to ensure that you comply with their laws—and also trying to figure out the business case if there are high taxes to get the product in,” he added.

Rowe advises new entrepreneurs to seek advice when starting out: “If you’ve never done it before, then it’s better to ask for help and learn from other people’s mistakes than making them yourself.”