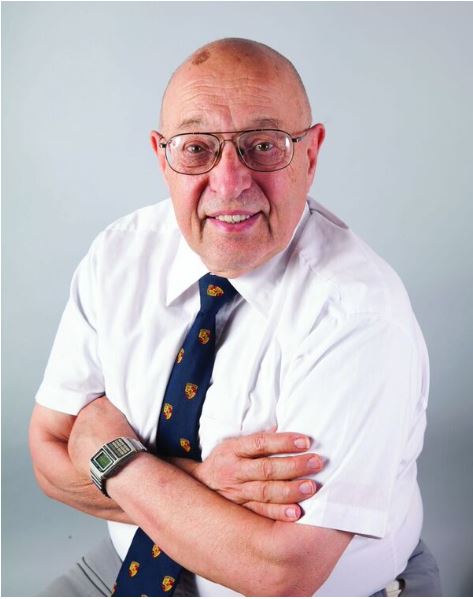 George, a dear friend of Dr. Christopher Jacobs, was a musician, businessman and also a severe Type II diabetic. George often spoke of the pain and loss of sensation in his fingertips and how it impacted his ability to play his instruments. He asked Jacobs if he could build a device that would eliminate the need to poke his fingers.

Jacobs invented a gentle lancing device to help his friend, which can obtain test blood from anywhere on the body with virtually no pain. The invention uses vacuum, vibration and depth control technologies to draw a drop of blood from a shallow test site, reaching only blood capillaries and avoiding pain nerves. It can even enable parents to check their children’s blood in the middle of the night without waking them.

“George loved it and asked me to make two or three for friends,” said Jacobs. Not long after, George turned to Jacobs, who was retired at the time, and urged him to continue making what he considered a revolutionary device that could benefit the millions of diabetics around the world who have to prick their fingers daily.

Jacobs established Genteel in 2014 in Midland, Texas, where the manufacturing operations are based, and Portland, Oregon, where he and his research team reside. Today the company has 11 fulltime employees between the two locations. The device is entirely manufactured in the United States.

Half of Genteel’s sales are overseas, with Europe, Russia and South Africa as major destinations. Jacobs attributes initial demand overseas to word-of-mouth, as customers who bought the device and fell in love with it and then act as local advocates. “We are now working on setting up distribution worldwide,” Jacobs said, with partners on nearly every continent.

Jacobs notes that improving the company’s website and translating its online presence into different languages has increased global sales.   “You could be in Saudi Arabia, Dubai, or anywhere and just go to mygenteel.com,” he said, and buy directly. Genteel is also available on Amazon, which provides distribution support in several countries.

About 60 percent of the company’s overseas business is direct-to-consumer via their website or online e-commerce platforms with the other 40 percent via distribution partners.

“There is no country we don’t ship to,” said Jacobs, “unless we are blocked from doing business there.”

In order to keep up with the international growth, Jacobs said they have had to expand their domestic workforce both on the manufacturing side and also to handle marketing and regulatory needs.

Online tools, including the website, social media platforms and cloud-based software play a significant role in enabling Genteel to operate a global small business. Jacobs keyed on the importance of the internet for distributing vital information to his customers.

“Instructional videos – what a gift to jump on a website and go to instructions and look at how to use our device,” said Jacobs.

While printed instructions are included with each device, videos give customers a firsthand account of how the device works. YouTube is essential to allowing the company to share their informational videos as well as customer testimonials, spreading word-of-mouth worldwide.

One of the biggest challenges for Genteel was receiving regulatory approval from key bodies including the U.S. Food and Drug Administration (FDA) and European Economic Area (CE). The founders spent half of all capital invested on lawyers, processors and filing fees associated with the approvals, which also involved reviews of instruction manuals and manufacturing processes in addition to the products themselves.

Jacobs credits the Portland U.S. Export Assistance Center (USEAC) as providing key advice on his international journey. “USEACwase absolutely awesome,” said Jacobs, “I just can’t speak highly enough.” The Gold Key Program, he said, was especially helpful in setting up meetings and gathering resources from around the globe in one place. He suggested that the program saved the company money and helped connect with the right resources to help the business grow and succeed abroad. USEAC staff also help to navigate regulatory requirements in other countries.

Jacobs’s advice to entrepreneurs is to, “do it right at every step.” Don’t go out and sell something that should have FDA clearance if you don’t have the clearance, he explained.