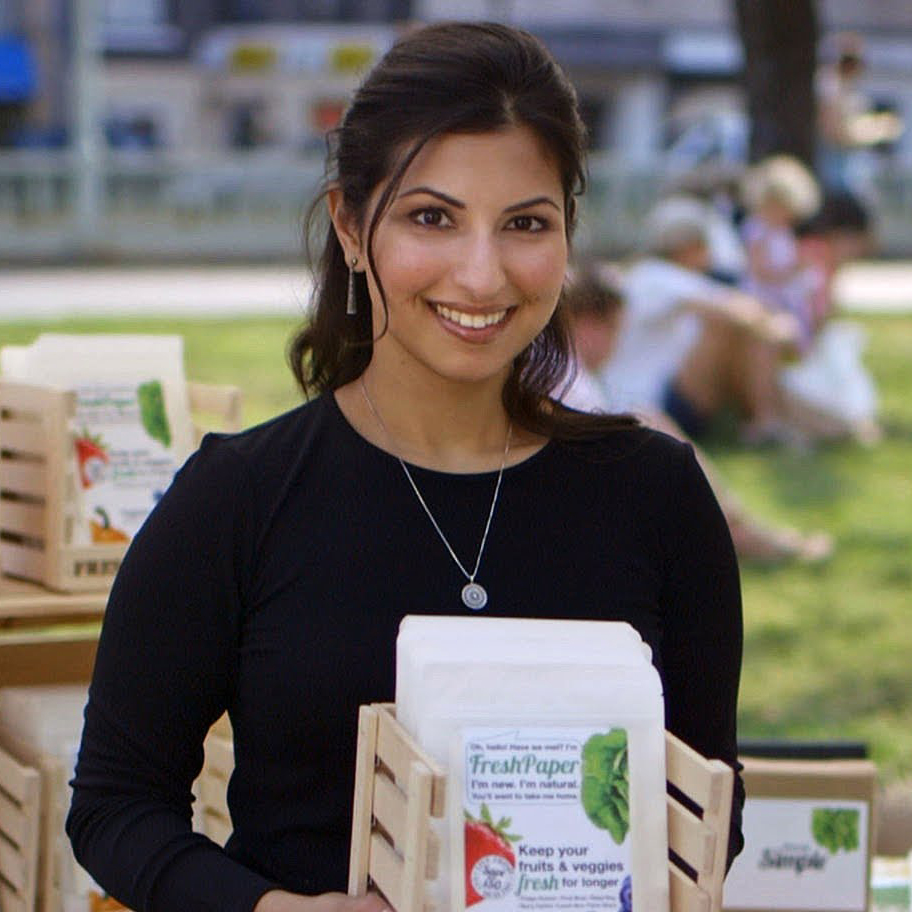 “My story is the story of a startup that went global completely by accident,” said Kavita Shukla, founder and CEO of the FRESHGLOW Co.

Shukla is the innovator behind FreshPaper, a spice-infused paper insert that keeps fruits and vegetables fresh for up to four times longer. She invented FreshPaper by tinkering with some of the spices her grandmother gave her to prevent her from getting sick on a childhood visit to India.

She initially sought to apply FreshPaper in a developing-world context through a nonprofit. “I really wanted to get this to people in India and Africa,” she said. “But it was hard for me to convince donors that it was worth their time.”

Almost ready to give up, Kavita decided to make a batch of FreshPaper and try marketing her invention at the local farmer’s market. To her surprise, it was a hit. “What happened next was something we could never have imagined,” she said. “Simply through word-of-mouth, within a year, we were shipping FreshPaper to farmers and families in over 35 countries.”

“Having customers internationally for me was, personally, a really big deal,” Shukla said. “I had tried to get this product out in so many different ways and the idea that now we could get it to places like Haiti and Malawi and India was incredible.”

When the FRESHGLOW Co. first began shipping FreshPaper internationally, it was time consuming because “we didn’t know what we didn’t know.” It would take Shukla and her team 20 minutes to fill out one customs form, and then half of the orders wouldn’t even make it. “We would show up at the post office with a wheelbarrow full of international shipments,” she remembered.

One day, searching online, an intern pointed out UPS Mail Innovations, which could streamline the shipping process. The company began to leverage services platforms including UPS, BigCommerce, and QuickBooks to streamline the process, operate the business on a global basis and make an initially steep learning curve worthwhile.

Initially, the company faced difficulty trying to find international distributors, even after high-level endorsements from the likes of Oprah Winfrey.

“Going direct to [global] consumers, and showing that there was a market there and getting international press got us in front of distributors” domestically, Shukla recalled.

Shukla encourages innovators to not discount an idea because it is simple or because it was hard to get to market on the first try. Rather, she said, try to partner with a company with a specialization in the area where you lack expertise: “I, on my own, could have never gotten this into the hands of women in Haiti who are entrepreneurs running a small catering business in eight months. But somebody else could. UPS often held my hand through the global shipping process, for example. Just ask—you never know.”