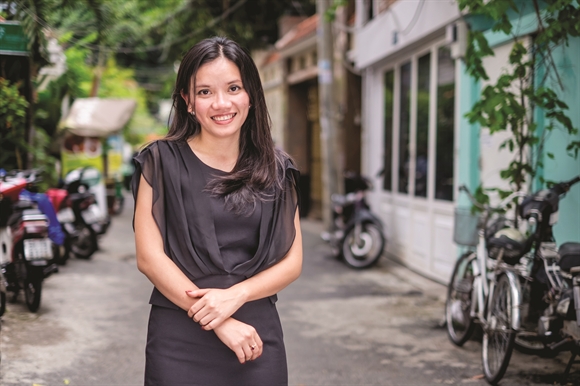 Vu Van doesn’t sleep much these days. As the Founder and CEO of ELSA, a speech training app, she manages teams in California, Portugal and Vietnam, meaning her primary sleeping hours are between 3–5 pm Pacific Time. “That’s my beautifully quiet time when I sometimes take a nap,” she explained. “But it’s not like that every day. The team is very supportive and really independent so it’s not like I need to talk to them 20 hours a day.”

Van was born and raised in Vietnam but moved to the United States to complete an MBA and Masters in Education at Stanford University where, like many entrepreneurs, her business was born out of frustration. “When I was in class, I would contribute ideas and nobody paid attention, and then five minutes later, someone else would say the exact same thing, and it was perceived as a genius,” she remembered. Her language skills, she thought, were holding her back. “That was a wake-up call for me.”

She couldn’t afford to hire a pricey speech therapist so she attempted to improve her accent by watching American TV but found the lack of feedback frustrating. Speaking with a friend who worked in Google’s artificial intelligence division, she found out that computer speech recognition technology had improved significantly and that it was being used for educational applications.

A light bulb went on: she would design a speech-training app for language learners to improve pronunciation and reduce accent. Thus, ELSA, or the English Language Speech Assistant, was born.

ELSA, a mobile app, “listens” as users read words on the screen and indicate where a mistake has been made. The company is testing the app in Vietnam currently, where a data team is working with users to “train” the app’s AI software to recognize the Vietnamese accent, but will be launched more widely over time.

One key to rolling the app out to new markets, Van said, is reliable access to the Internet. “There are definitely some issues where the connectivity is poor; then the ELSA app doesn’t work as well, and people just have to be patient and wait for it to work or move to a better spot,” she said. She is also working to make more of the app’s functions available offline to extend its usefulness in rural areas of Vietnam where access to the Internet is spotty.

Despite the focus on Asia, Van says they chose to base the company in California because of proximity to investors.

As they expand, one of the biggest challenges is the need to custom-tailor the app and market it differently in each country. She said her experience living in several different countries on different continents has made her feel comfortable about dealing with these issues. “A lot of American companies don’t even know where to start with international expansion. It’s kind of an advantage for us.”