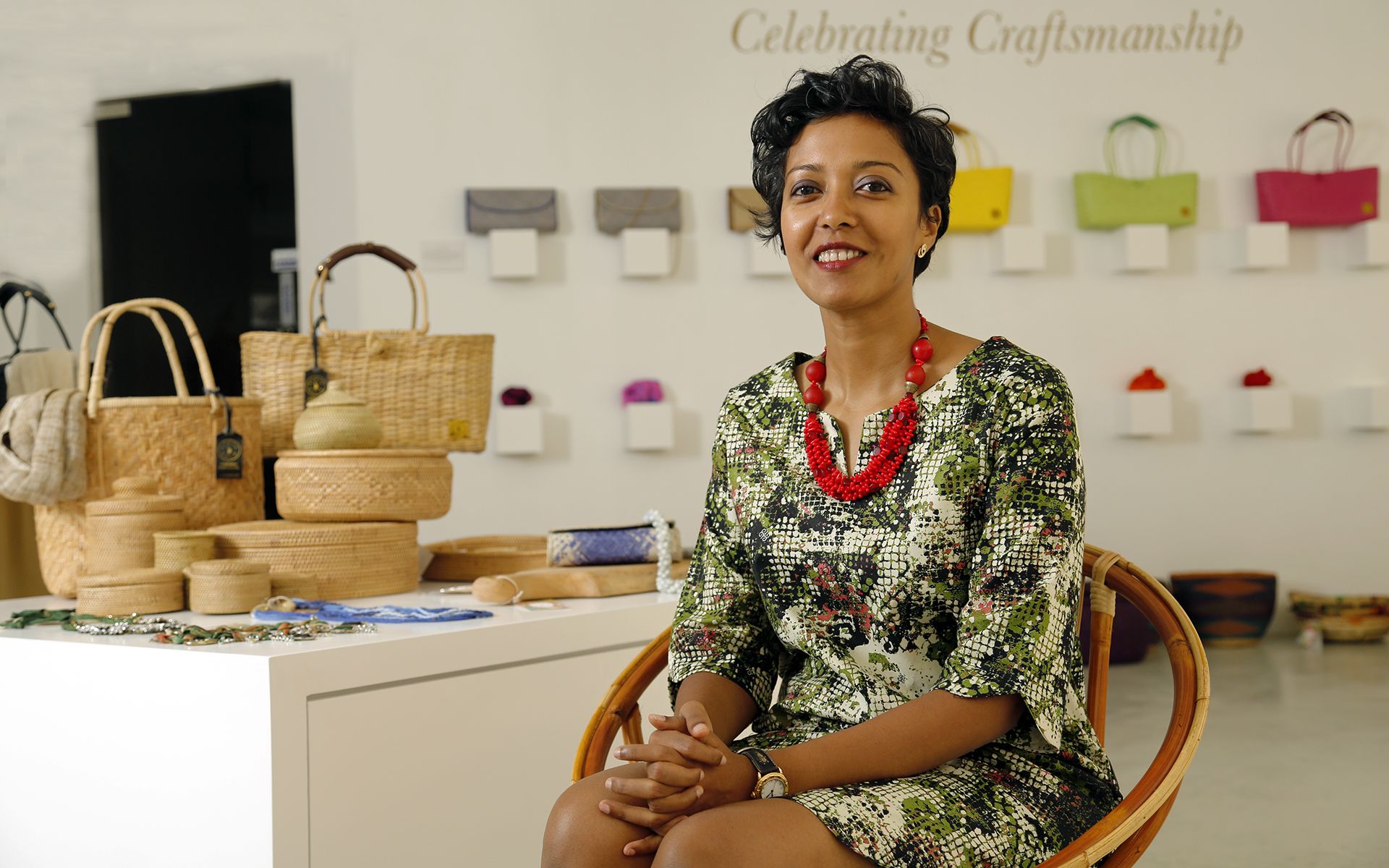 Earth Heir is an online social enterprise and retailer located in Malaysia. Founded in 2013, Earth Heir’s mission is to advocate conscious consumption, preserve heritage skills and culture, and engage in ethical partnerships.

Earth Heir’s founder, Sasibai Kimis, first thought of the business while on a trip to Cambodia after she met many local artisans and families which relied on selling traditionally made crafts to support themselves. After returning to Malaysia, she “wanted to create a space to showcase works from our eclectic mix of local artisans, as a platform to teach Malaysians about their heritage.”

The enterprise has been praised internationally for their efforts to support disenfranchised individuals, particularly refugees. While 80-90% of their business is dedicated to Malaysian artisans, Earth Heir is also one of just six social enterprises worldwide that works with the UNHCR. Today, they employ 27 refugees, all women, who come from Afghanistan, Syria, Palestine, Myanmar, and Iran. Malaysian law prohibits refugees from being employed, but Kimis found a loophole that allows her to sell crafts made by refugees through Earth Heir.

Although still a young company, Earth Heir has partnered with over 500 artisans since its foundation, generating over $400,000 worth of sales. Earth Heir also pledges to plant two trees for every scarf sold, having planted 2238 trees in the last six years. Besides providing a platform for these artisans to reach larger markets, Earth Heir provides advisory services to artisans regarding product design, pricing, and production.

Earth Heir’s social media accounts both showcase products produced by their artisans and help raise awareness for environmental challenges by creating videos and promoting articles relating to the environment. To reach the largest audience possible, they accept all major credit cards as well as PayPal, and can ship worldwide.