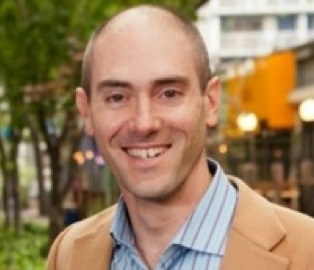 New Jersey-based AeroFarms is revolutionizing the agriculture industry one leafy green at a time. Utilizing 95 percent less water than traditional farms, the company grows an array of lettuces and herbs in indoor vertical farms that can be located near highly populated cities such as Newark. The innovative company can also grow 100 times more kale, arugula, and watercress than your traditional farm that relies on sunlight and soil.

In 2011 David Rosenberg founded a vertical farming company that he merged with AeroFarms, which had been around since 2004. Rosenberg brought with him a host of knowledge, experience, and leadership from his previous entrepreneurial endeavors. Their mission is to “build farms all over the world so that people have access to fresh, great tasting, safe produce,” explained Rosenberg.

With a pilot project in the Middle East under their belt and the support of 118 employees, the company is expanding domestically and is just beginning their global journey. AeroFarms is in the midst of developing vertical farms throughout the United States and across 4 continents. “We very much have a global outlook,” said Rosenberg, highlighting China and the United Arab Emirates as their areas of focus at the moment, even if they don’t yet have a large global customer base.

Rosenberg added that, “we are building a company to export our technology, our know-how and our systems all over the world.”

When it comes to determining which markets to enter, the economics of building a farm, and energy prices and availability are a few of the important factors. “In the Middle East, there isn’t much arable land or water,” said Rosenberg, emphasizing a pain point that AeroFarms can address.

The internet plays an integral part in facilitating AeroFarms’ ability to deliver its innovative technology on a global basis. The vertical growing towers function more like data centers than farms. They are filled with sensors that capture data during every step in the planting process, which are used to perfect growth algorithms.

Social media platforms share the company’s story and mission with audiences around the world.

“We don’t even have a PR budget,” noted Rosenberg. AeroFarms’ marketing team manages its company Facebook, Twitter, LinkedIn and YouTube presence, which easily attracts interest from the media and customers. “It builds upon itself and creates a lot of buzz and interest,” added Rosenberg.

Marketing tools serve as a mechanism for sharing customer reviews and are deployed to reach a global customer base.

Restaurateurs and chefs share on AeroFarms’ website and Facebook page how they have converted to using “Dream Greens,” the company’s new retail brand of locally-grown, pesticide-free, non-GMO baby greens.

“We have a world-class leadership team,” said Rosenberg. The experienced group at AeroFarms sets the company up for success. With best practices in mind from past work in global markets,

Rosenberg and his colleagues know what to expect and how best to overcome potential barriers.

While government programs and services have not played a role in AeroFarms’ global journey yet, that could change in the near future. Rosenberg mentioned taking a second look at facilities provided by groups like the Export-Import Bank and the International Finance Corporation as they grow globally.

For entrepreneurs thinking about expanding their business internationally, Rosenberg highlights the importance of timing and having a good partner. “Going international is not incremental, it’s transformational,” said Rosenberg.“Make sure you are ready for it.”